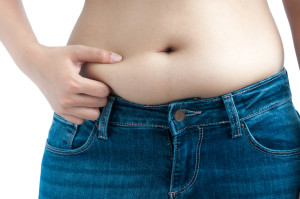 Stubborn pockets of fat can be incredibly difficult to get rid of. Even if you eat well and exercise regularly it can be difficult to reduce fat pockets in certain areas. It’s also impossible to spot-reduce fat with healthy eating and exercise. Whilst traditional liposuction was once the only solution for excess fat, the treatment has rapidly been replaced by a number of new technologies which promise to effectively remove unwanted fat. Many of these treatments are ineffective and overrated, and offer limited results – except for Vaser liposuction.

Vaser is also known as a body contouring treatment because of the smooth, contoured results it produces. Vaser targets and breaks up just the fat cells – it preserves the important tissue surrounding these cells, such as blood vessels and nerves. This helps to create smoother contours.

With traditional liposuction the downtime can be weeks. It could even be months before you are back to your regular activities. With Vaser liposuction you can go home on the same day, and return to basic activities within a few days. Within six weeks you will be garment-free and able to resume intensive activities such as

If you still have any questions regarding Vaser liposuction, visit the dedicated section of our site which covers information about the treatment in detail. To see the results for yourself, you can visit our Vaser Before and After Gallery.