Celebrities who have had Tattoo Removal | Skin Medical

Regardless of status, we all make bad decisions from time to time. Unfortunately, when those bad decisions involve permanent tattoos, they can be extremely hard to ignore, especially when you live in the lime light.

In the past, tattoos have been notoriously hard to remove or cover up. However, modern advancements in technology have made the process of tattoo removal extremely safe and effective – which could be the reason why so many famous faces are now turning to laser tattoo removal. Just like us, celebrities also regret getting tattoos and have decided to clean up their look and remove their ink using a laser. 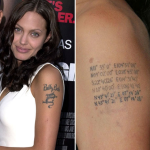 After a whirl wind romance with fellow actor Billy Bob Thornton, Angelina Jolie got the name “Billy Bob” tattooed on her left arm. Since their divorce, she has opted to have the tattoo removed using laser technology and then has since replaced it with a new tattoo, the co-ordinates of places her family members were born. 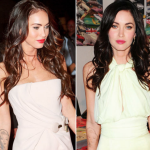 Megan Fox famously had a rather large portrait of Marilyn Monroe on her right forearm. However, it seems that she has recently had regrets about the tattoo as she has begun treatment to have it removed. According to news sources, she also intends to have a number of other tattoos removed also. 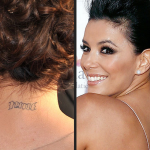 After marrying Tony Parker in 2007, Eva Longoria had a total of three tattoos on various parts of her body to honour her then partner. One of these tattoos included the word “nine” on the back of her neck, Tony’s jersey number. She also had the date of their marriage, which unfortunately only lasted 4 years, on her wrist. Two years post divorce, Eva decided to have the tattoo’s removed. 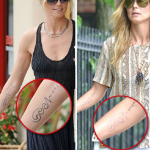 Heidi decided to have laser tattoo removal following her divorce from Seal in 2012, leaving the tattoo of his name barely visible. She has been seen at a number of celebrity events with the name of her former husband looking much less obvious on her forearm. She originally had the tattoo in 2008 after the couple renewed their wedding vows. 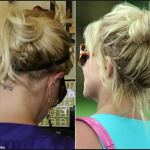 After having a tattoo on the back of her neck, Britney Spears decided to have it permanently removed in 2008. According to sources, the tattoo was a symbol from Kabbalah, however after changing her lifestyle, she decided that it no longer reflected her beliefs.

If you have a tattoo that you regret, you don’t have to live with it forever. Laser tattoo removal is an effective method for removing unwanted body art and after just a few sessions, it can be completely removed. To book a consultation for laser tattoo removal in Manchester, or Leeds, contact Skin Medical.