Review Of The Keogh Report For 2014 - Skin Medical

On Saturday 29th December 2013 the Department of Health issued a press release which suggested that we are to expect some new things to be covered in the official response to the Keogh Review into the Regulations of Cosmetic Interventions in England, published last April. The final response report is expected to be published sometime soon.

a)    National register for all breast implant devices.

b)    Ban on unethical advertising such as late booking offers and ‘buy one get one free’ type offers and competition prizes.

Additional measures are expected to be announced their recommendations such as legislation to classify dermal fillers as medical implant which will require a prescription from nurse prescriber or doctor. At Skin Medical we only employ qualified and experienced nurse prescribers and doctors to assess, prescribe and administer dermal fillers and Sculptra. The government has already legislated that prescriptions are required for requesting Botox and all practitioners have to be formally trained.

The Government has accepted the majority of the recommendations of a review carried out by Sir Bruce Keogh, the NHS medical director, following the revelations that the French firm Poly Implant Prosthese (PIP) had been manufacturing breast and other implants using industrial grade silicone. 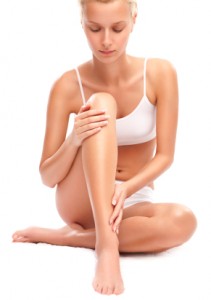 A national register logging every breast implant operation carried out in England is to be established in an attempt to prevent a repeat of the scandal which saw nearly 50,000 women in the UK receive these faulty breast implants.

This measure is currently expected to only be applied to England, although Wales has expressed an interest to implement this in the future. In their formal response to the Keogh report, ministers are expected to announce that the registry will be piloted from January, with legislation to put it on a statutory footing to be included in the Queen’s Speech later this year.

In future measures, to be announced when Parliament reconvenes in the new year, there will be a ban on aggressive marketing and advertising techniques such as offering breast implants as competition prizes, 2 for 1 offers (so-called “mother-daughter deals”) and time-limited offers.

Training will be improved, with the Royal College of Surgeons establishing new qualifications and standards for cosmetic surgery, with surgeons required to have professional indemnity.

The Health Minister Dr Dan Poulter has been saying:

At Skin Medical we are pleased to learn of these Government initiatives. All of our surgeons are NHS trained and have years of relevant experience. We do not and never have offered advertising incentives on any of our cosmetic surgery procedures such as vaser liposuction, ear correction or skin resurfacing. Our medical procedures such as stop snoring surgery, acne or rosacea treatments continue to be compliant with the proposed legislation.